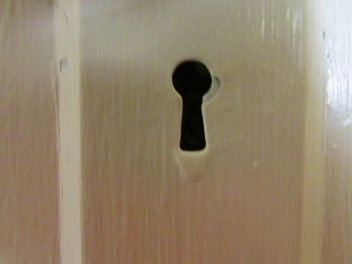 People went to drive-in move theaters outside and it only cost $2 a carload.  The speakers went on the side windows.  I can’t tell you the number of times my dad started to drive off with speaker still on the window.

Kids would play outside all day instead of playing all day with video games and on the computer.

The only dishwasher was the one with two hands.

The only frozen foods were the ones from leftovers.

There were no microwaves and you actually had to wait to eat your food.

Man first landed on the moon.  There were some people who refused to believe it was true and still do.

The Vietnam war was finally over and Walter Cronkite stopped giving the body count on the evening news.

McDonald’s only had a hamburger, cheeseburger, fries, coke, and a milkshake on their menu.  Seems like it tasted better back then too…

Amtrak had the only search engine.

John F. Kennedy, Bobby Kennedy, and Martin Luther King Jr. were shot down.  Seems like the world changed in those moments…

You passed out Valentine’s Day cards to all your friends at school.

You just couldn’t wait to grow up.

Michael Jackson sang with the Jackson Five on American Bandstand.

The “Twist” was a dance and not something you did with your fingers to open a bottle of coke.

Sally Fields was “The Flying Nun” and then married Burt Reynolds after being chased by “Smokey”.

We first met a robot in “Lost in Space”. “That does not compute Will Robinson”.

The slinky and silly putty were our favorite toys.

Ronald Reagan told Gorbachev to tear down the wall.

Michael Jordan flew high with Chicago and then tried his hand at baseball.  That’s no bull.

Tom Landry coached “The Boys” and wore that funny hat.

All you had to worry about was what color you were going to use and if you wanted chocolate milk or white milk and when it was time for a nap in Kindergarten.

The “Frito Bandito” would sing on and on about the bag of “Fritos” and how much he loved “Fritos” corn chips!

They banned cigarette ads from television.

The only television was a black and white and you had to actually turn a knob or two to get the channel and volume to change.

You wanted to slap “Nurse Ratchet” for being so mean to the patients in “One Flew Over the Cuckoo’s Nest”.

“Dominoes” became more than just a game you played with dots and became something you ate.

“Big Bird” got really big and “The Bird” was a professional baseball player that patted and picked the pitcher’s mound.

Horses could talk – “Mr. Ed” and “Frances the Talking Mule”.

Sinclair was a gas company with a green dinosaur.

The Beetles were first seen on the Ed Sullivan show with their long, mop-top haircuts.

Johnny Carson went off the air.

There were only VHS and Beta recorders for movies.

Polaroid cameras were cool with the instant photographs that could be developed.

You could get a comic book for 15 cents.

You went to your senior prom.

You got your first car.

“Windows” became more than something you raised for fresh air.

Punch cards were used for programming a computer.

Studying for a spelling test and memorizing the multiplication tables was the hardest thing you had to do in life.

You would play “Hide and Seek”, “Freeze Tag”, and “Marco Polo” with your friends.

Captain Kangaroo, Mr. Green Jeans, and Mr. Rogers always made you smile and Dudley Dooright was always doing something wrong.

Life was so much simpler with the likes of Bugs Bunny, Mickey Mouse, Tweety Bird, Road Runner, and Foghorn and Leghorn.

You could always count on something good happening in Roy Rogers, Superman, The Lone Ranger, Rawhide, The Rifleman, and Bonanza.

Children actually started their day with a prayer on the loudspeaker in public schools and then the pledge of allegiance to the flag.

It was okay to say “Merry Christmas” and “GOD” in public.

You first found out that Santa Clause, the Tooth Fairy, and the Easter Bunny were just made up storybook characters.

People used to go on picnics and spend time together as a family with a blanket and real food.

Ross Perot ran for President and then ran for the hills.  Should have stuck with EDS Ross.

You could only drive 55 mph on the highway.  Must have had something to do with peanut oil.

Atari and Intellivision were the only video games around and the Vic 20 was a computer that you could afford.

Truman was put on the silver dollar.

Amazon was just a big river.

Alfred Hitchcock’s movie – “The Birds” made us all afraid of birds.

Leave it to Beaver, My Three Sons, and Green Acres made us laugh.